...and I'm here to help your book meet the world.

See, I run a little boutique publishing company called JBH Books. It specializes in literary fiction, realistic young adult/new adult, male/male romance, thoughtful self-help books – but don't be afraid to contact me if your book doesn't fall into any of those categories.

Not only do you get book design with JBH Books, but you receive editing and textual assistance. I want your book to look its best just as much as you do.

I will get your book ready for not only print (on any self-publishing template), but for popular e-book formats like Kindle, Nook, Smashwords, etc. so your message can reach the widest reader base. (Some readers like to have both printed and e-books on hand.)

Here is my fee schedule.

As a writer and graphic artist, I want to know that my work is contributing to the forces of good. JBH Books will not publish anything that promotes racism, sexism, LGBTQ-phobia, cruelty, fundamentalist religion, fraudulent or dangerous ideas, undeniable medical quackery, libel and slander, stupidity, and anything else that pollutes the mental marketplace. (I work in the yellow-green section of the political horseshoe.) 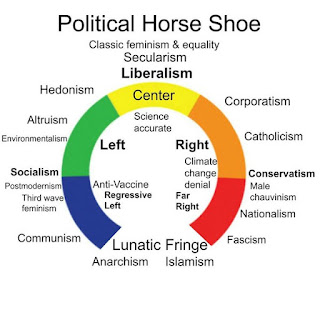 I want to work with evolved, thoughtful, forward-thinking writers whose work uplifts the human race. Your work is the kind that people keep in their homes for a lifetime, perhaps in the place of honor on the nightstand. Your work speaks the language of “Yes.”

I look forward to working with you.

Posted by Unknown at 4:58 PM No comments:

The 100 worst things about the Internet


1. Pop-up ads
2. Ads that suddenly emerge when you’re in the midst of reading an article
3. Did I say pop-up ads?
4. “Answer a survey question to continue reading this content.”
5. Autoplay videos
6. Ads that take the form of social media posts
7. “Sponsored content” that almost looks like real stories on news sites
8. Not being able to download something unless you first download no-name, suspicious software
9. Viruses
10. Spyware
11. Spambots
12. Spam
13. The fact that the food brand “Spam” is forever tainted by 11 and 12
14. Child porn
15. Bestiality porn
16. Worrying that you will unintentionally encounter 14 and 15, but also worrying that if you ask how likely that is, it will sound suspicious
17. Gonzo porn
18. When the porn you watch isn’t porny enough
19. Finding out just how far Rule 34 can go
20. Goatse
21. Comments that start, “I make $6500 a week working from home...”
22. People who pitch their own/their friends’ products in comments
23. People who use racial slurs as insults
24. People who use sexual slurs as insults
25. People who use homophobic slurs as insults
26. People who can’t tell the difference between 23, 24, and 25 and the use of such slurs as a point of discussion (i.e. “Should we teach books which contain the word “nigger”?)
27. People who can’t tell the difference between 23, 24, and 25 and the use of such slurs as reclaimed in-group terms
28. People who ignore context altogether
29. Articles/comments which paint entire groups of people with a broad, negative brush (and that includes straight white men)
30. Misogyny
31. Misandry
32. Thinkpieces that start with, “Dear White America...”
33. Thinkpieces that start with, “Dear Black America...”
34. Articles which assume that the only two races in America (or even the world) are black and white
35. Thinkpieces that turn molehills into mountains (i.e., “Gender-Reveal Celebrations For Babies Help Explain Transphobia”*)
36. Thinkpieces that contain very little thinking
37. People who think 9/11 was a false flag
38. People who think the Sandy Hook shooting was a false flag
39. People who think the Boston Marathon bombing was a false flag
40. People who still think that Dzhokhar Tsarnaev is innocent of 39 (he said he did it at his sentencing!)
41. Your friends asking you to play stupid games on Facebook
42. Your friends sharing stupid memes on Facebook
43. Your friends sharing horrifyingly violent photos/videos on Facebook
44. Your friends guilt-tripping you into sharing posts on Facebook
45. Finding out that a friend has noxious political views on Facebook
46. Getting a notification of a deceased friend’s birthday on Facebook
47. People you never heard of making friend requests on Facebook
48. Thinking of deleting your Facebook profile – and deciding not to because that’s the only way you know what your friends are doing
49. When your favorite sites make improvements but not the ones they really need (still waiting for the edit button, Twitter)
50. When your favorite sites make updates that make them harder to read/navigate
51. Stormfront
52. Return of Kings
53. Free Republic
54. Blackfootsoldier
55. Everyday Feminism
56. The Huffington Post
57. /b/
58. /pol/
59. Anything on BuzzFeed that’s not a longform story
60. Lists that take the form of slideshows (increasing those ever-important clicks, natch)
61. “Someone Did X. You Won’t Believe What Happened Next.”
62. “20 Amazing Instances of Y (#11 Will Shock You!)”
63. “You’ve Been Doing Z Wrong All Your Life!”
64. “We Need To Talk About...”
65. When clickbait headlines misrepresent (or outright lie about) the story underneath
66. The fact that clickbait articles are almost never educational or entertaining enough to be worth the effort you spent reading them
67. “First!”
68. When videos that you liked on YouTube disappear for copyright reasons
69. That @$#%&! “Circle of Doom” in the center of videos that have stalled
70. The fact that too much historical, classic fanfic is not available online
71. The fact that too much disgustingly BAD fanfic is available online, with more coming every single second
72. When the writer of a fanfic that you’re really into stops updating and leaves you hanging
73. Reports of a celebrity’s death which turn out to be false
74. Reports of a celebrity’s death which turn out to be true and then make entire websites crash
75. Everybody and their dog feeling the need to pay tribute to a dead celebrity, no matter how tacky the “tribute”
76. Spending more time on websites discussing a TV show than you do watching the show itself
77. Craigslist message boards
78. Craigslist personal ads
79. Craigslist ads for jobs that pay peanuts
80. Craigslist ads for jobs that pay nothing
81. Communicating in ALL CAPS
82. Giving someone an opposing viewpoint in the gentlest possible language, and receiving in response: “Educate yourself, shitlord”
83. Realizing that “educate yourself” means “start agreeing with me”
84. When people are told to kill themselves
85. When people are told that someone should kill them
86. When people are told that someone should rape them
87. When people are called gross names simply for posting a picture of themselves online
88. People refusing to follow the Golden Rule (Seriously! It’s! Not! That! Hard!!!)
89. Realizing how goddamn ignorant your fellow humans can be
90. When your computer says you’re connected to the Internet, but you really aren’t
91. When your Internet connection decides to “not respond” at the worst possible time (i.e., sending an important and time-sensitive e-mail)
92. Having an e-mail inbox so full of junk it will take hours to clean it out – and that’s why you keep putting it off
93. Accidentally deleting an important e-mail
94. Forgetting why you subscribed to an e-mail newsletter – then forgetting to unsubscribe
95. Your computer slowing down when you have more than three tabs open
96. Asking yourself why you have more than three tabs open
97. Distracting yourself with one tab when you need to pay attention to another
98. Not being able to close a tab when you want to
99. You’re always – always – preaching to the choir
100. Realizing that this list I just wrote is clickbait